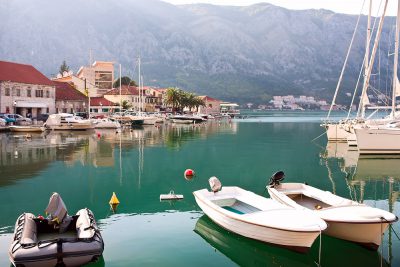 The Old City of Kotor, Montenegro

The Old City of Kotor is a well preserved urbanization typical of the middle Ages, built between the 12th and 14th century. Medieval architecture and numerous monuments of cultural heritage have made Kotor a UNESCO listed “World Natural and Historical Heritage Site”. 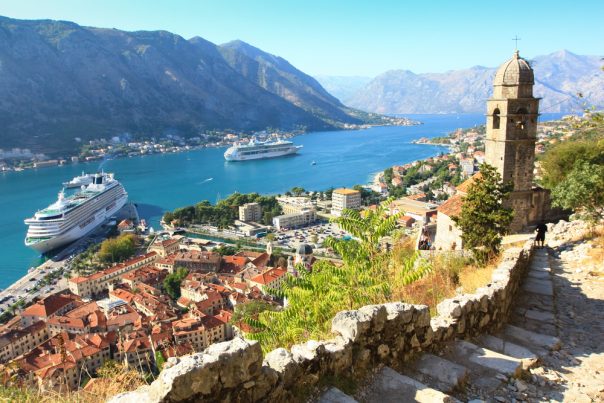 Through the entire city the buildings are criss-crossed with narrow streets and squares. One of these squares contains the Cathedral of Saint Tryphon (Sveti Tripun), a monument of Roman culture and one of the most recognisable symbols of the city.

Perast is a sleepy baroque place near Kotor. The most beautiful buildings of this small city were built in the 17th and 18th centuries. At that time seafaring was growing and captains built magnificent villas that even today capture you with their beauty. Perast is a quiet and peaceful place. It abounds in sacred monuments, such as the Church of Saint Nicola (Sveti Nikola) built between the 15th and 17th centuries, the Parish church build in 1740, the island in front of Perast where the church Saint George (Sveti Djordje) from the 12th century is located, and the Church of Our Lady of the Rock (Gospa od Skrpjela) build in 1630, a church built in the baroque style on top of an artificial island.

The oldest city of the Bay of Kotor, Risan originated in the 3rd century BC and was the seafaring, commercial and workshop centre of the Illyrian state. With the arrival of the Romans in Risan, palaces were built with the best Greek marble and decorated with magnificent sculptures and mosaics. These have lasted up to the present and form an invaluable cultural treasure. Among the large number of mosaics is one of the God Hypnos, which is remarkable because is only mosaic figure of the God of Dreams in the world.