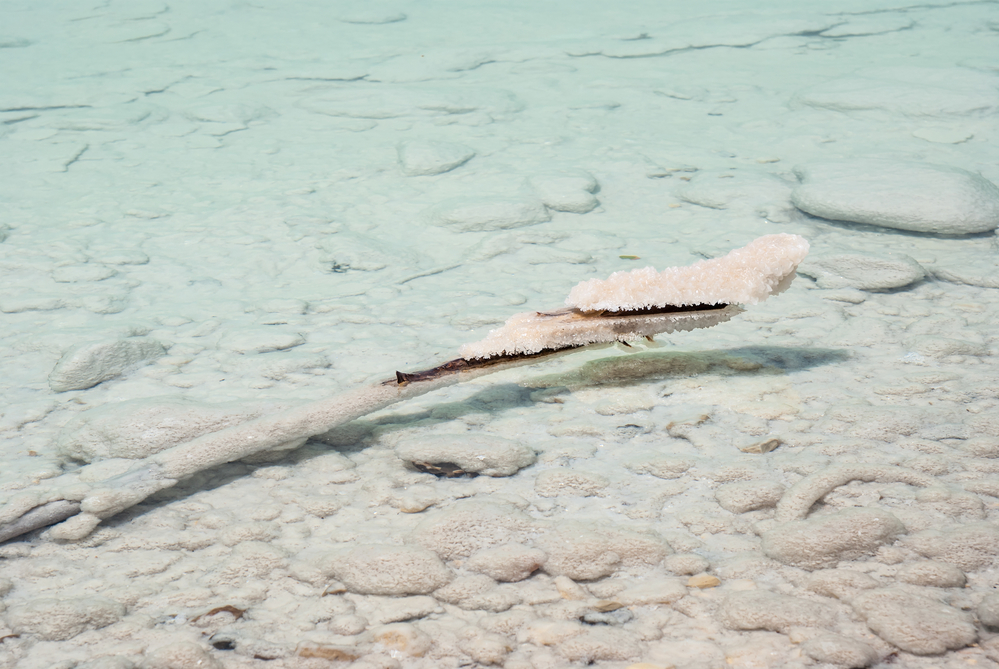 How your skin benefits from Dead Sea minerals

“Also known as the Salt Sea, the Dead Sea is located in the Jordan Rift Valley”

It is a unique source of some of the most critical minerals and salts in the world, twelve of which are unique and can be found nowhere but here. Some of these elusive and exclusive minerals are almost identical to the minerals of our body, mainly found in the skin cells, and therefore could be irreplaceable nourishment for your skin. Over millions of years, the hot, dry climate and high evaporation coefficient caused the high salt concentration present in the Dead Sea, and now it is one of the saltiest lakes in the world. 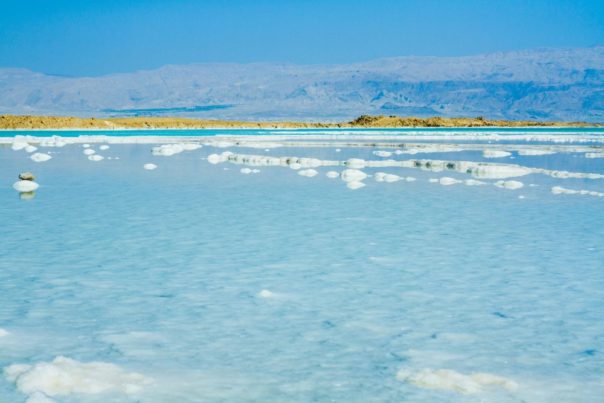 The exceptionally high concentration of minerals in the Dead Sea area is incomparable to anywhere in the world and is the subject of multiple types of research. The marvelous healing properties of the minerals, particularly for the skin, were discovered in the 18th century. Since then, interest in Dead Sea minerals grew with increasing speed. In the years that followed, the Dead Sea became internationally famous for the natural cures present, and the destination became trendy among tourists from all over the world.

As such a precious resource, the Dead Sea is now under heavy protection. This means that only a few producers and brands have been accredited to harvest directly from the sea.
While ordinary sea water contains only about 3% salts, the Dead Sea is estimated to contain 32% salts with a high concentration of 21 minerals such as magnesium, calcium, bromide and potassium.

Dead sea mud for spa treatments in a cup on the beach.

Scientists have proven the unique benefits of each of these Dead Sea minerals such as:

Magnesium – is completely anti-allergic, it cleanses the skin, accelerates the metabolism of cells, reduces wrinkles and fine lines. Note: the concentration of magnesium found in the Dead Sea is said to be fifteen times higher than salts in any other sea.

Chloride – softens the skin and hydrates it, balances minerals in cells and the body, improving cell metabolism

Bromide – heals and relieves disorders, and has relaxing effect as an anti-inflammatory agent; can be used as a natural antibiotic.

Iodine – common aid for skin conditions like pimples or acne. It is also used for treating skin disease caused by a fungus (cutaneous sporotrichosis); essential for cell metabolism and regulates metabolic energy. 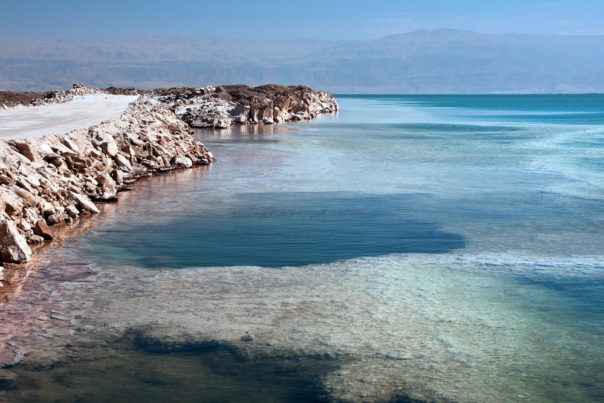 The southern part of the Israeli shore Dead Sea. In the background mountains of Jordan.

Sulfur – sulfur ointments or creams might provide benefits if you have a skin condition such as acne, eczema or psoriasis. Consult your physician before using any sulfur product on your skin to discuss the potential health risks and proper application.

Dead Sea minerals are known to cure skin disorders through strengthening the skin tissues, maintaining the chemical balance of the skin, stimulating blood circulation and eliminating toxins from the skin. Minerals provide protection and strengthen cell membranes against dehydration and environmental hazards. 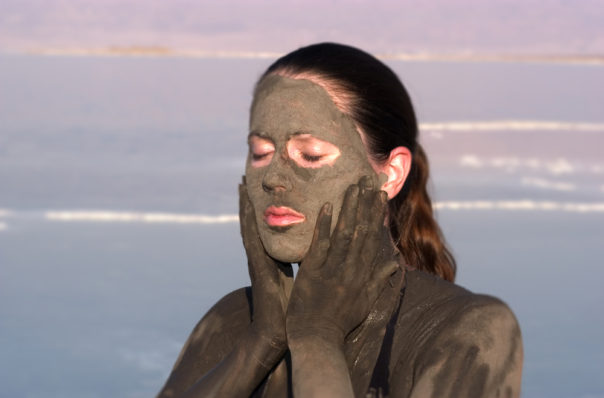 A young woman in a bathing suit is enjoying the natural mineral mud sourced from the dead Sea, Israel.