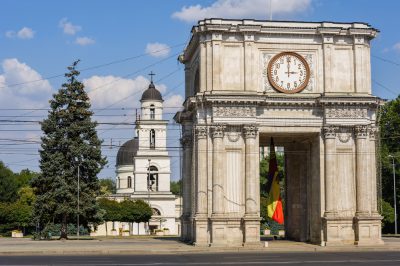 Moldova’s capital is certainly the country’s brightest and cosmopolitan city, and is undoubtedly one of the must-see places when you come to Moldova. It is also a place of history, much of which is still visible in the architecture of the Old Town. The main sites are easily viewed on foot: City Hall, the Arch of Triumph, the Bell Tower and the Orthodox Church are all in the center. You can also look forward to charming restaurants and cafes and plenty of excellent local wine.

The city was founded in 1436 as a monastery village

It was also part of the Principality of Moldavia. In the 16th century it fell under the suzerainty of the Ottoman Empire.

The origin of the city’s name has several variants: the first theory is connected with the ancient Romanian word chișla (literally “spring”, or “source of water”) and nouă (“new”), as it was founded in an area located by a small spring, at the intersection of Pușkin and Albișoara streets. The second theory was originally created by Ștefan Ciobanu, a Romanian historian.

The idea is that the name was formed in connection with the name Chișineu in Western Romania, located near the Hungarian border. Kisjenő, the Hungarian variant of the capital name, comes from “kis”, which means “small”, and the word “Jenő,” one of the seven Hungarian tribes who entered the Carpathian Basin in 896. Approximately 24 other settlements are named after the “Jenő” tribe. 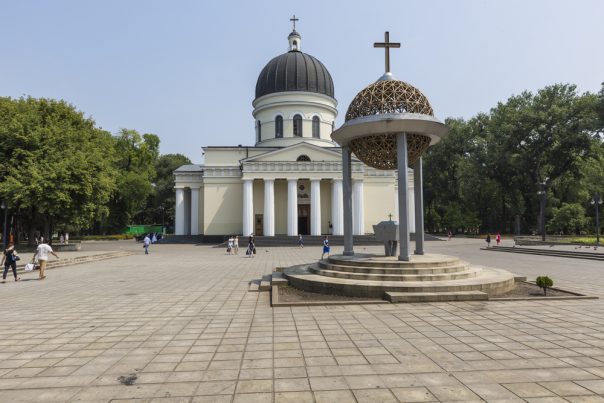 The city lies in central Moldova and is surrounded by a relatively level landscape with very fertile ground.

Things to do in Chisinau

Chisinau in night. The capital of the Europe state Moldova. Photo: depositphotos.com

Moldova and its capital are famous for its cultural and historical heritage. So, first of all, visit the National Museum of History of Moldova. The Cathedral of Christ’s Nativity is the main cathedral of the Russian Orthodox Church in Chisinau, and it is across from the National Parliament in the center of the city. Nativity Cathedral is famous for its beautiful frescos.

The capital of Moldova is also known for its friendly locals and pleasant atmosphere. They like tourists and are always ready to help them with answers to all kinds of questions. Chisinau is quite calm during the day, while at night it turns busy, fun and vibrant. Locals love to have parties, relax at the best restaurants and cafes and have a lot of fun at the bars.  Also, if you come to Chisinau when they have one of their numerous capital festivals, we suggest that you visit these incredibly vivid and celebratory events.