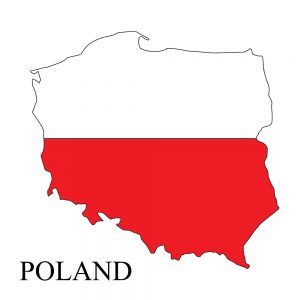 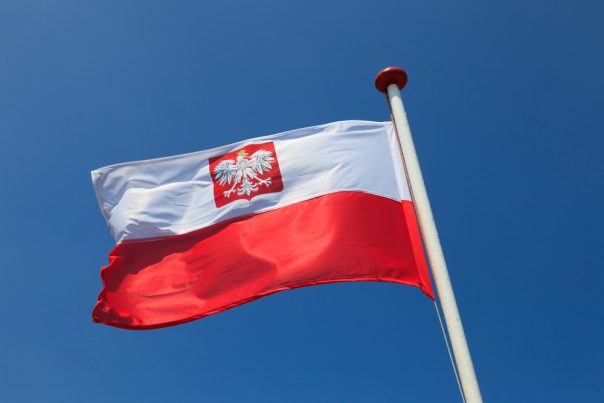 The eagle appeared for the first time as a mark of the Polish state on the denar coins of Boleslaw the Brave, minted specially for the Convention of Gniezno in the year 1000.

The symbol of the eagle proved more durable than the country itself. It survived partitions, wars and political upheaval. Deprived of its crown by the communist regime, it returned in its old form at the end of 1989. Today, the Polish coat of arms is based on an eagle design dating from 1927 created by Professor Zygmunt Kaminski.

The colours on the emblem are not there by accident. In Slavic culture, white symbolised honesty and kindness, while red was a sign of valour. According to the rules of heraldry, those colours were transferred to the flag of Poland – the colour of the emblem (white) on top and the background colour (red) underneath. These two colours appear in two horizontal strips of equal width. The shade used is always exactly the same, defined by trichromatic coordinates.

The first coins were minted when Poland originally accepted Christianity and became part of the Western world.  In the 14th and 15th centuries, the name “zloty” (meaning “golden”) was given to the foreign gold ducats and florins. The Polish zloty did not then exist as a coin and was used merely as an accounting unit equal to 30 grosz. It first appeared as a coin in 1564.

In the economy of the communist era, the role of the zloty weakened. The zloty became real money again only after 1989, although the change was not always  smooth. And how did it go? The smaller unit of currency, the grosz (one hundredth of a zloty), returned.

The official langushe of the country is Polish. Polish is full of traps. Its grammar and spelling are riddled with exceptions, alternative forms, hard-to-remember rules of inflection and oddities such as the noun declensions ręce-rękoma, pies-psa.

For foreigners (particularly English speakers) the most difficult thing is the pronunciation: rustling, crackling, full of sibilants. However, those who take up the challenge of learning Polish compare it to an extreme but satisfying expedition.*