Pick up at the sea terminal at 8:30 am; drop off at the sea terminal by 6:00pm. Start your day with a panoramic tour of St. Petersburg, the city of islands, canals, bridges and palaces. Visit the Peter and Paul Fortress, the oldest building in the city.

Proceed to Yusupov Palace, an outstanding historic and architectural monument of the late 18th and early 20th centuries. Tour the halls of the Yusupov Palace and learn about the aristocratic life and rise and fall of the Yusupov family. Not only is the Palace a remarkable architectural monument and historical site, it is also tied to the fall of imperial Russia. It was here that Grigory Rasputin, a favorite of the last Russian Tsar, was murdered.

After lunch (not included in tour price) visit famous Hermitage Museum, the former home of tsars that contains a collection of more than three million works of art and artifacts from all over the world.

Return transfer to the ship.

Pick up at the sea terminal at 8:30 am; drop off at the sea terminal by 6:00pm. Drive to the suburbs of St. Petersburg and tour the former Royal palaces and parks. Visit the Russian Emperors residence, Alexandria, with entrance to the Cottage Palace, the Farmer Palace and the Gothic Capella.

After lunch (not included in tour price) drive to Peterhof Palace, St. Petersburg’s most famous and spectacular Imperial estate, also known as the “Versalles of Russia”. Visit the Grand Palace of Peter and stroll through the Lower Park with 176 different fountains, majestic palaces and numerous statues of ancient Gods and heroes.

Return transfer to the ship.

According to the clients request we can arrange additional evening programs, including theater, restaurants or night excursions.

We provide Shore Excursions in all ports of Central and Eastern Europe. 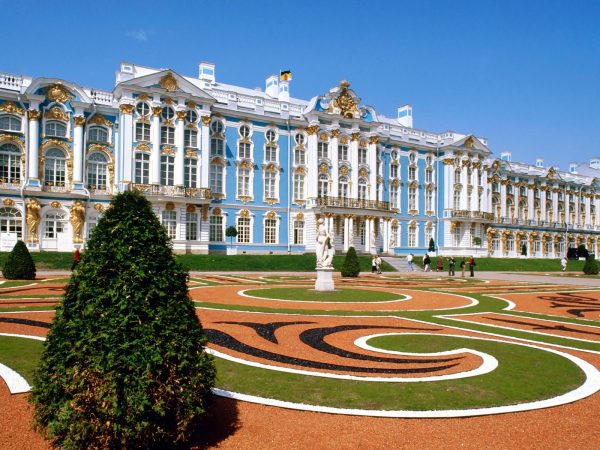