Transfer from the airport to your hotel.

Start your city tour on the Independence square – the main administrative and the largest square in the city with the House of Government and «Red» Roman-Catholic Church. Visit Victory Square with its 38 meter grey obelisk and eternal flame honoring the heroes of World War II. Continue to the Yanka Kupala Park and see its wonderful fountain. Drive to the Trinity suburbs – historical Minsk center with its restored 19th century buildings, the Holy Trinity Cathedral and St.Catherine’s Church.

In the afternoon, drive to the Memorial Complex Khatyn – the symbol of Belarusian people tragedy. It’s a complex in memoriam to innocent burned alive people living in this place during the time of the Great Patriotic war. Memory of them will never leave our hearts. The bells on the old Khatyn sites of fire still ring and the ashes of the burned villages all over the Belarus still knocks in our hearts, burning them and forbidding us to forget about that terrible tragedy.

Continue to the next symbol of nation constancy that broke through the fascist occupation – the Mound of Glory. This is a memorial complex dedicated to the Soviet soldiers who fought during World War II. [B]

Leave Minsk for Brest. Enjoy the sightseeing tour of Brest (founded in 1019) and visit the Brest Fortress Memorial, famous for the unparalleled feat of its defenders in World War II. Later the fortress received the title «Hero-fortress». The Brest Fortress, located to the West of Brest, was erected in the middle of the 19th century and is a monument of the defense architecture. It was built on the former sight of the ancient settlement on the islands which are formed by the rivers the Western Bug and the Mukhavets and the artificial canals. Stay overnight at the hotel in Brest. [B]

Drive to the National Park Belovezhskaya Pushcha, the forest reserve not far from the city of Brest on the Polish border and 340 km South-West of Minsk. This is a unique combination of fauna and flora of old centuries. It was established in 1939, based on the historically formed protected territory.

On December 14th 1992 UNESCO entered the Park to the list of World Heritage, and in 1993 the Park was granted the status of a Biosphere Reserve. Here you can see pine trees towering to the very sky and magnificent oak trees with trunks that can be embraced by several men only. The age of these trees is more than 500 years. Today there are more than 400 aurochs (zubr or European bison) living there as well as 300 other species of animals and birds.

Continue to Mir Castle, a UNESCO World Heritage site and a great example of Belarusian Gothic Renaissance style. Mir castle (15-16th century monument) staggers imagination by its beauty grandeur and artistic elegance. The red brick castle is currently being restored, but one tower and the courtyard are open to visitors. The tower operates as a museum featuring ceramics found during excavations as well as numerous photos. Mir castle was built as a fortress in 1568 and it is an outstanding example of the rare Belarusian Gothic architectural style. Stay overnight at the hotel in Mir Castle. [B]

Return to Minsk and transfer to the airport for your flight. [B] 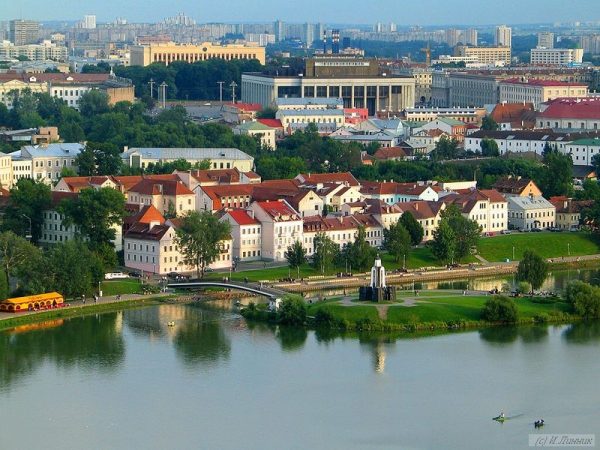