Transfer from the airport and check into your hotel.

Start your day with a city tour of Yerevan, which history dates back to the 8th century BC. Visit Tsitsernakaberd memorial park and Genocide museum. Depart to Echmiadzin, 20 km away from Yerevan. Visit Etchmiadzin Cathedral which is known as the center of the Armenian Church and appears to be one of the world’s first Christian churches. Legend has it that it was here that Jesus Christ descended from heaven to show where he wanted a church to be built. So Echmiadzin means «The only-begotten descended».

Enjoy lunch at a local community tasting homemade dishes. Return to Yerevan with a stop at the ruins of Zvartnots temple – the pearl of the 7th century architecture, a UNESCO World Heritage sire. Return to Yerevan. [B, L, D]

Depart to Garni Temple. The citadel and pagan temple of Garni is a picturesque monument of the Hellenistic period and an impressive piece of ancient Armenian architecture. After proclaiming Christianity as a state religion in Armenia in 301, the temple was probably used as a summer residence of the kings. Enjoy the vocal concert in the temple followed by lunch at a local house where you will have the opportunity to watch Armenian national bread «lavash» baking and barbeque making process in the underground stove called «tonir». Continue northeast of Garni, high up the gorge of the Azat

Depart from Yerevan to Lake Sevan, which is about 1900 m above sea level and is the second highest freshwater lake in the world. The monastery peninsula is the most popular spot, and is the closest place to visit as well. Drive to Dilijan which is one of the famous resort areas in Armenia. People say, «If Paradise had mountains, woods, and mineral springs, it would be just like Dilijan».

Proceed to the architectural Haghpat Monastic complex (976 AD), one of the outstanding works of medieval Armenian architecture and is inscribed in UNESCO World Heritage list. Enjoy lunch at a local restaurant.[B, L, D]

Start your day with a sightseeing tour of Tbilisi. Visit Metekhi church (12th−13th century) – a cross cupola church, part of the Royal residential complex; Narikala Fortress – the main citadel of the city; District of Sulphur bathhouses; Sioni Cathedral; Walk through the Old town and along Rustaveli Avenue. Enjoy lunch at a local restaurant.

Explore Mtskheta, one of the oldest towns and the cultural and religious centre of Georgia. It was the capital of the Eastern Georgian Kingdom of Iberia from the third century BC. Located at the confluence of the Aragvi and Mtkvari rivers, Mtskheta was a crossroad of many trade routes. Today it is designated as a UNESCO World Heritage Site and a living museum with

many architectural and historical monuments. Jvari Church is a masterpiece of the early Medieval Period. Svetitskhoveli Cathedral, translated as «The Life-giving pillar», is the main church of Mtskheta and a sacred place where the robe of Christ is being kept. Return to Tbilisi. [B, L, D]

Explore a picturesque and the most fertile part of Georgia – Kakheti, which borders the Great Caucasus mountain range from the north of Alazani Valley. This region is known as a birthplace of viticulture and winemaking. A combination of reach land, burning sun and hard work have developed about 500 varieties of wine in Georgia. The history, culture and lifestyle of Georgians are embodied in Georgian wine. It is a symbol of Georgian hospitality, friendship, tolerance and a key to the mystery of Georgian longevity.

Visit Bodbe nunnery complex that was founded during St.Nino’s earthly life, in the first part of the fourth century. During the Middle Ages Bodbe Convent represented ecclesiastical and cultural centers of the country. Enjoy breathtaking views of Kizikhi area and unusual Charm of Signagi Royal Town. Have a walk in narrow streets of the town in the shadow of wooden balconies richly decorated with the lace of carved ornaments. Tour Signagi including the Georgian hand knitted carpet factory and museum.

Enjoy wine tasting and lunch at «Pheasant’s Tears» in Signagi. Drive to former Alexander Chavchavadze’s family residence with a marvelous garden, house museum, park and winery dating back to the 19th century. Drive back to Tbilisi. [B, L, D]

After breakfast, transfer to the airport for your flight. [B] 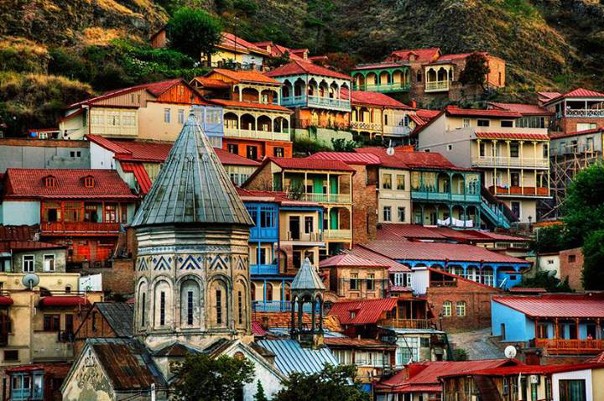