The group tour Classic Russia: St. Petersburg and Moscow,  acquaints with the most beautiful and significant Russian cities, known as constitutional and cultural centers of the country. Discover the great national heritage and extraordinary history of Russia, enjoy true Russian hospitality and cordiality of local people.

During the city tour, you will be taken to the most precious monuments of the city’s rich history and original architecture carefully preserved as the world cultural heritage. You will be able to hear amazing stories and to take fine pictures of the main architectural and historical sites like Nevsky prospect, the Kazan Cathedral, the Winter Palace, Vasilievsky Island, St. Isaac Cathedral, Peter and Paul Fortress, the Senate Square and the Palace Square. The 3-hour sightseeing tour will allow you to get a brief but bright impression of Saint Petersburg.

Peter and Paul Fortress is the place of birth of Saint Petersburg, here began the history of this beautiful city. Today it is home to several museums, which exhibit to everyone the splendid history of Saint-Petersburg’s foundation and growth. Here you may visit main museums like the Peter and Paul cathedral – the tallest building in the city center and the burial place of members of the Imperial family – the Grand Ducan Mausoleum, the Boat house, the Artillery Armory, the Mint, Engineering and Commandant’s house, guardhouse and many others. The fortress also used to be a political prison as you may see during a visit to its casemates, in the XIX in became the main political prison of Russia.

St. Isaac’s Cathedral is the largest church in Saint Petersburg. Its construction took 40 years, and today it remains one of the most impressive buildings in the city center. Inside the cathedral, which also holds services, you may visit an exhibition telling the incredible story of its construction, represented with the authentic historical documents, plans and models.

Nevsky prospect has always been the main street of the city, it remembers many important historical events. On both sides the street is surrounded by architectural masterpieces, keeping their own unique history. During this tour you will see the treasures of Saint Petersburg – Anichkov bridge decorated with sculptures, Catherine’s garden and monument in front of the Alexandrinsky theatre, Eliseevy Merchants’ Shop, Church of the Savior on blood, Kazan Cathedral, Royal square with Hermitage, Admiralty, St. Isaac’s Cathedral at the left side, and much more. On the way you will meet street musicians, artists, actors and even clowns, which will let you feel the unique creative atmosphere of the city. Even Russian Emperors liked to take a walk along Nevsky prospect – today you will follow their steps!

The Kazan Cathedral was built in 1811 and is usually associated with Russia’s victory over Napoleon in 1812. Its monumental construction was designed in Russian classical style, but it also carries resemblance to great St. Paul cathedral in Rome. Such resemblance was made on purpose – emperor Pavel the First wanted his city to be close to stylish Italy. All 96 columns of cathedral look at the Nevsky Street and greet people walking in the center of Saint Petersburg with its elegant beauty. Museum, which is situated inside of the cathedral, displays many relics from the Patriotic war, including banners and the heart of Field-Marshal Kutuzov. You are guaranteed to see these relics as well as spectacular Orthodox Church services. Moreover, the small park near the cathedral is the finest place to feed little birds from your hand and blend with locals.

Located on the southern shore of the Gulf of Finland, 34 kilometers from St.Petersburg, spectacular Peterhof attracts thousands of tourists with its parks, palaces and, mainly, fountains. Among the suburban parks, Peterhof is probably the most famous for its fountains and is thus frequently compared to Versailles. ‘The Samson’ of the Grand Cascade is the most powerful and magnificent one and thus has been made a symbol of the park. As a former residence of the Emperors, Peterhof is also the home of several palaces with the Grand Palace as its main landmark. It had been destroyed by the Nazis and then carefully restored as to exhibit the splendor of the Royal way of life. You will see the halls, brightly decorated with gold, marble and numerous mirrors. The beauty of Peterhof, its marvelous fountains and palaces has left nobody indifferent.

Note: Fountains in the Peterhof Park are open from May to September, depending on weather conditions.

CRUISE BY NEVA RIVER AND CANALS

Saint-Petersburg is aptly called “North Venice”: a boat tour on its rivers and canals is an absolute must-do there. Breathtaking views from the water and bridges over the city architecture are really worth seeing. During the cruise you will see all the highlights of Saint Petersburg from water and hear the stories about its most famous bridges such as Anichkov Bridge and Bridge with Golden Gryphons. You will travel along the canals and see such jewels of the city as St. Isaac Cathedral, The Church of our Saviour on the Spilled Blood and other places than will mesmerize you and make your visit to the city unforgettable.

It is hard to imagine a trip to Saint Petersburg without visiting one of the most famous museums worldwide – the State Hermitage. Its priceless collection occupies 5 historical buildings of which the Winter Palace – the former residence of the Russian Royal family – is the most remarkable. Its rooms, decorated with marble and gold provide a fine background for the treasures of the Hermitage. You might be surprised to know that the collection of this unique museum contains over 3 million exhibits including the paintings of Leonardo da Vinci and Raphael and other famous artists.

CHURCH OF THE SAVIOR ON BLOOD

This church commemorates the assassination of the Emperor Alexander II. It is situated on the very place where he was deadly wounded by terrorists. To visit this memorable place you need to walk to the city center by the Griboedov canal, after one minute of walk from Nevsky Street you’ll be stunned by the beauty of its colorful domes and unusual to foreign eye Russian style of architecture. Today the church attracts numerous visitors as a museum thanks to its finest decorations and colorful mosaics. When you walk inside the building – you almost travel to another dimension, where every part of the ceiling and walls is painted with beautiful patterns and pictures from Christian history.

OVERNIGHT IN THE HOTEL

OVERNIGHT IN THE HOTEL

Moscow is the capital of Russian Federation and represents a unique set of old architecture masterpieces and modern high-tech buildings. In only a few hours, you will have a glimpse of its main landmarks, such as the Red Square, the Kremlin, the Victory Park, the White House, the Arbat, Cathedral Christ-the-Saviour, the observation platform of Sparrow hills, Lomonosov University and much more! It is an interesting and efficient introduction to Europe’s biggest city.

Revisit the key cathedral of the Russian Orthodox Church, the Cathedral of Christ the Saviour. Its significantly dramatic past is an integral part of the history of Russia. Consecrated in 1883 to commemorate the victory over Napoleon, the original was torn to the ground by the Soviet government in 1931 and replicated in 2000. Today, it is the biggest Orthodox cathedral in Russia, providing enough room for up to 10,000 people.

If you wonder why Moscow metro is considered one the most beautiful in the world, then see a vast museum of underground palaces with impressive interiors, statues and reliefs, monumental and decorative compositions (paintings, mosaics, stained glass and painting) and numerous labyrinths. During the tour you will visit the most remarkable stations with the experienced guide who will bring you a full insight into their fascinating history.

Arbat Street is one of the oldest streets in Moscow. Originally it was a part of an important trade route and was home to a large number of craftsmen. In the 18th century Arbat became one of the most prestigious living areas in Moscow and then a place for the intelligentsia and artists to live. The street nowadays reflects these eventful periods with its elegant buildings, a museum in the house of great Russian poet Alexander Pushkin, a lot of nice shops, cafés and restaurants.

During the walking tour, you will have the time to take pictures of the Kremlin Walls, Lenin’s Tomb, St Basil’s Cathedral, Resurrection gate, GUM superstore and the Russian State Historical Museum. You will find yourself in one of the oldest urban public parks in Moscow – Alexander Garden. It keeps a lot of valuable architectural monuments: Kutafia tower of the Kremlin, Italian grotto, an obelisk to the 300th anniversary of the Romanov dynasty, as well as sculptures, fountains and mosaics based on popular fairytales. The guide will tell you about the numerous of important historical events, which took place on the Red square and bring you all around it to discover from different points of view.

Visit one of the most well-known sights of Moscow – the Kremlin with its red brick walls and 20 towers holding their own unique history. Since its first construction in 1156 as a wooden fortress by the order of Grand Duke Yuri Dolgoruky, it has been rebuilt several times. The current appearance was formed in 1495 by the best architects of Russia and Italy. Today Kremlin is the residence of Russian President and the main symbol of the country, revered by all of its citizens.

Founded in 1812, Alexander Garden is one of the oldest urban public parks in Moscow. It lies along the Kremlin’s western wall and consists of three separate gardens: Upper, Middle and Lower Garden. There are a lot of valuable architectural monuments in the gardens: Kutafia tower of the Kremlin, Italian grotto, an obelisk to the 300th anniversary of the Romanov dynasty, as well as sculptures, fountains and mosaics based on popular fairy-tales. The biggest essential sight is the tomb of the Unknown Soldier near to the entrance to Red Square.

The city has significantly changed in recent decades, it has emerged as one of the most advanced international cities of Russia. Today it offers a huge variety of interesting sights and entertainment opportunities. There are more than 60 museums awaiting to be explored, beautiful parks, streets, restaurants in the capital. Moscow leaves nobody indifferent, and remains mysterious and magnetic for all its guests. Use your free time to explore it! 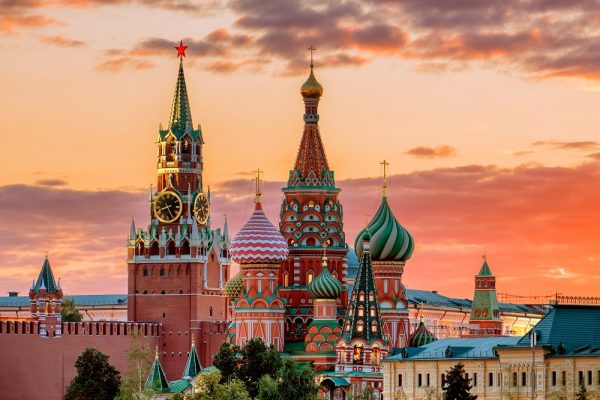