Tbilisi is the capital of Georgia. It is also the largest city in the country.

The population of the capital is 1,5 million people. Located in the Eastern Georgia, Tbilisi is the primary destination of everyone who visits Georgia. The country is rather small, and the capital was built in the center of the fertile valley lying between two Caucasian ridges. The city’s name originated from the word “tbili”, literally warm.

According to the Georgian legends, Tbilisi was founded in the 5th century when King Vakhtang Gorgasali shot a pheasant while hunting. This pheasant fell into a spring and was either boiled or healed. So, King Vakhtang decided to found a city on the site and to give it a name Tbilisi meaning “warm.”

Administratively, the city is divided into districts. Each district has its local government with jurisdiction. The division was established under Soviet rule in the 1930s. Since Georgia regained independence, the raion system was changed.

According to the latest decision, Tbilisi has following districts: 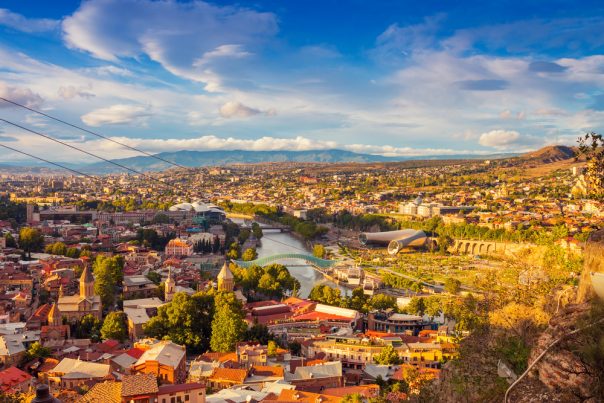 A mix of historical architecture and beautiful nature gives Tbilisy a unique charm and color.
Although the city has been destroyed and reconstructed more than 20 times, the Old town still keeps an inimitable charm with its narrow alleys and big crooked houses built around courtyards.

To Visit Tbilisi
Book a Highlights of Caucasus Tour