All the dishes of Russian traditional cuisine are inspired by the peasant food of the country population that had to be prepared with a harsh, cold winter. Traditional Russian food is meant to fatten people up in preparation for the long winter ahead and has more carbohydrates and fat than proteins.

Before traveling to any Russian destination, we suggest you to know more about traditional Russian cuisine. We have prepared the list of the best dished of Russian cuisine to show you the gastronomic diversity of the country. 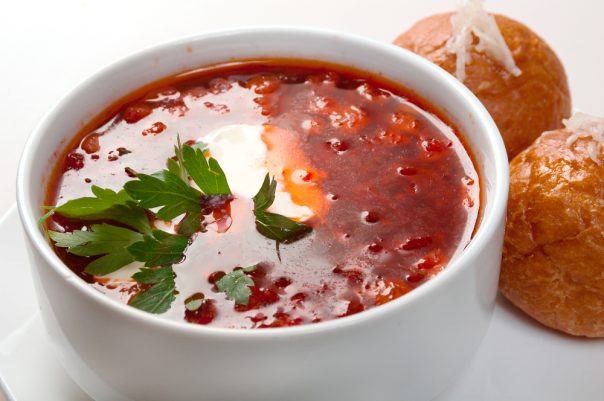 What it is: A highly popular traditional beet soup is the symbol of Russian cuisine. Today it is served both hot and cold.
Reasons to taste: It is the most Russian dish you can ever find. It is traditionally made with beetroots, which give it read color. In fact, no Russian menu is complete without this signature beet soup, which is served in different temperatures and can prepared with such ingredients as potatoes, cabbage, dill, or Melle Mel. Usually sour cream is added to this soup. 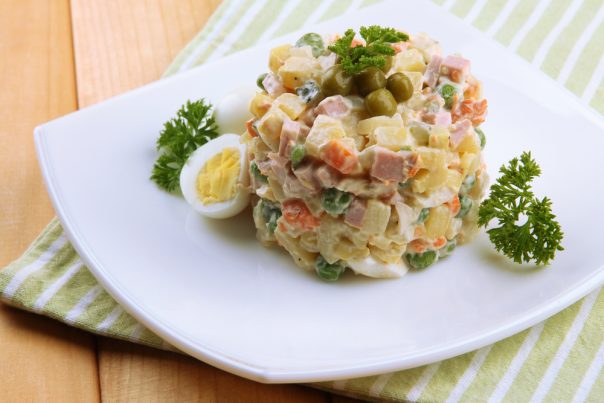 What it is: A Russian Traditional salad, which is served cold with potatoes, eggs, diced meat, and veggies, richly coated in mayo.
Reasons to taste: You can find this salad in the menu of every Russian restaurant. It is commonly served at New Year celebration, but it prepared year-round in Russian families. Today it is a traditional dish of every Russian table. However, it was primarily invented in the 19th century by Belgian dude who worked at a Moscow restaurant. 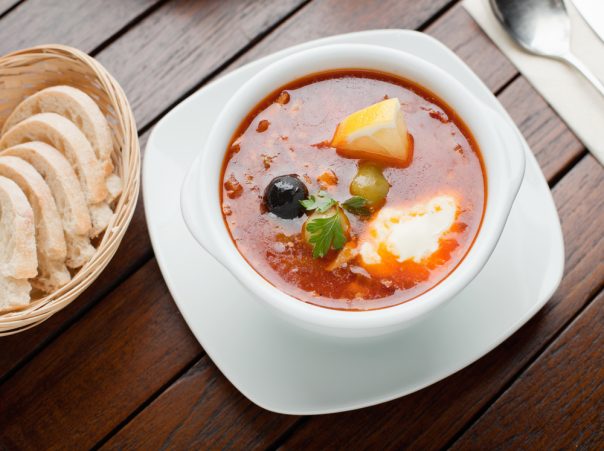 What it is: Solyanka is a traditional Russian soup. It is very hearty, and it’s made from thick chunks of beef and pork, cooked on a low flame, seasoned with garlic, peppers, and carrots.
Reasons to taste: The taste of this soup is very special. Originally, the dish was from Georgia but nowadays is prepared all over Russia. It’s hearty and home-like. We suggest you taste it with Georgian lavash bread. 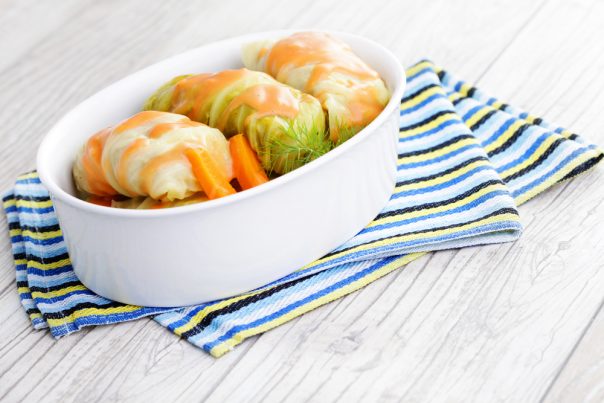 What is it: A cabbage roll consisting of shredded or minced beef cooked cabbage leaves.
Reasons to taste: It is a traditional dish not only for Russia but also for the Balkans, Central, Northern, Eastern Europe, Iran, West Asia and Northern China. But only in Russia, some sour cream is added to this dish. 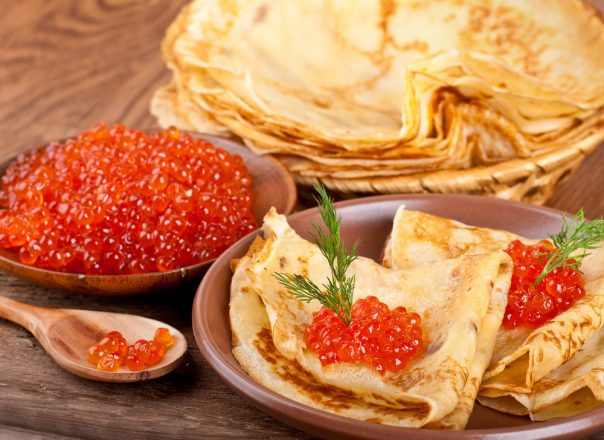 What is it: Thin, crepe-like pancakes cooked from the dough, usually served with jam, sour cream or caviar. Also, savory or sweet toppings can be used.
Reasons to taste: You have not visited Russia if you didn’t taste blinis. A Russian favorite is to top blinis with caviar, which is one of the most popular tourist dishes in Russia.