Bulgaria is a country located in the Balkans. It has borders with Romania in the north, Serbia in the northwest, the Republic of Macedonia in the southwest, Greece in the south, and Turkey in the southeast on the western side of the Black Sea. Bulgaria was founded in the 7th century, and it is one of the oldest states of the Europe. 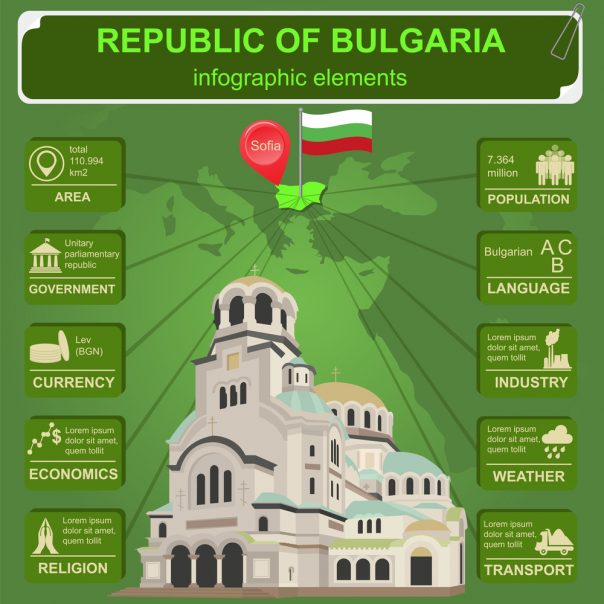 “Bulgaria was founded in the 7th century, and it is one of the oldest states of the Europe”

Bulgaria has passed through a great economic development over the past three decades. It has survived serious reforms and has completely changed its economy. It has changed over to modern market-based economy comparing what it had before, in times of centralized, planned economy. To achieve such results, Bulgaria has passed through a long period of growth and great cultural, political and economic changes.

Bulgaria was communist for about 50 years. Today, Bulgaria is a member country of the EU and NATO. Nowadays Bulgaria is a popular tourist destination because it is rather inexpensive. Tourism is one of the main country’s revenues item. The guests are attracted to summer and winter resorts of the country and its cultural and natural sightseeing attractions. Bulgaria has 9 UNESCO World Heritage Sites.